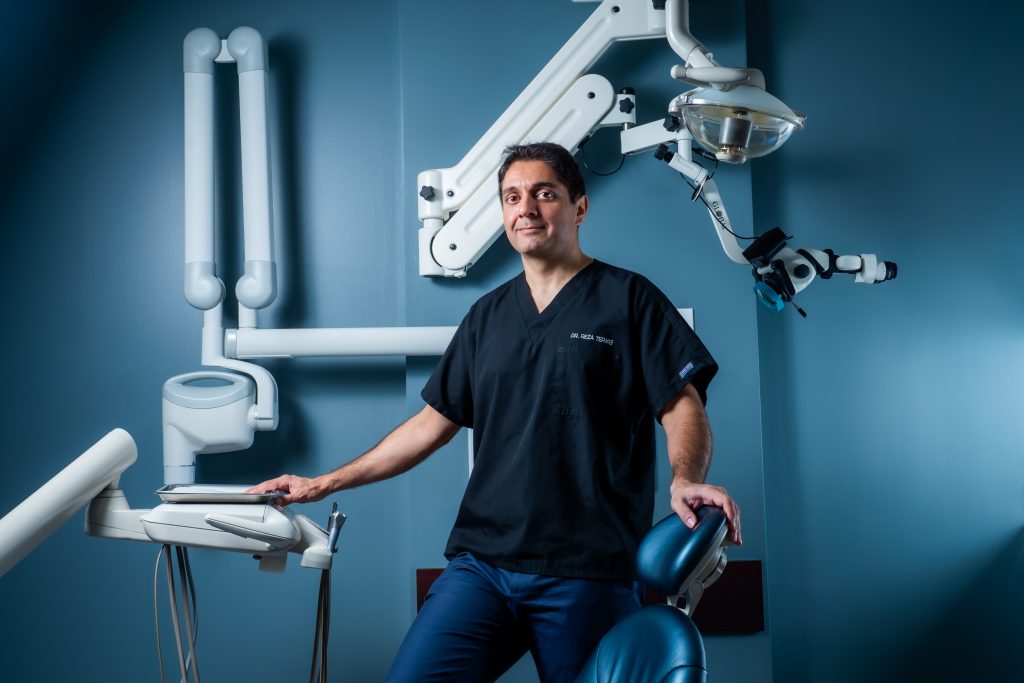 Dr. Reza Termei first became dentist in 2002 in Tehran, Iran. After moving to Canada he received his second Doctor of Dental Surgery (DDS) degree with honors from University of Toronto while also being selected the top student in his class of foreign trained dentists. After practicing dentistry for a while, his interest in treating gum disease and implant therapy led him to receive his Master of Science (MSc) degree specializing in Periodontology from University of Toronto.

In addition, Dr. Termei has been involved in several teaching activities and research projects at the faculty of dentistry, University of Toronto. He has also received a number of academic and research awards. Dr. Termei is a fellow of the Royal College of Dentists of Canada (FRCDC) and a member of Ontario Dental Association, Ontario Society of Periodontists and International Team for Implantology (ITI). Dr. Termei’s main professional goal is to provide excellent patient specific periodontal and implant treatment according to the very highest standards of care while maintaining his knowledge and skills updated through continuous education.