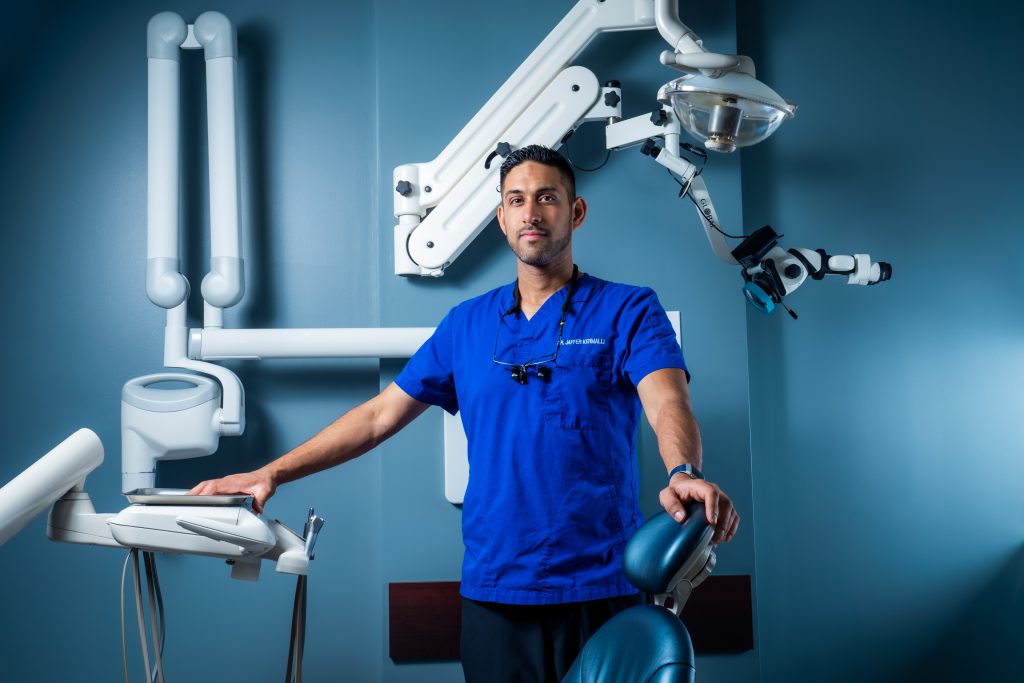 Dr. Kermalli focuses on treatment of periodontal (gum) diseases and related conditions as well as dental implant related surgery.  He is a Fellow of the Royal College of Dentists of Canada (FRCDC) and a member of the American Academy of Periodontology, Ontario Society of Periodontists and Ontario Dental Association. Dr. Kermalli is a part time clinical instructor at the University of Toronto, has published extensively on dental implants and presented research at several international conferences. He is also an examiner for the Royal College of Dentists of Canada and the Past President of the Ontario Society of Periodontists.  He enjoys exploring and integrating digital work flows and 3D printing technologies to provide highly accurate and minimally invasive treatment to his patients.

Dr. Kermalli organizes and travels several times a year to treat under serviced areas such as orphans in Afghanistan, Syria, Iraq, East Africa, Peru and refugee camps in Greece.